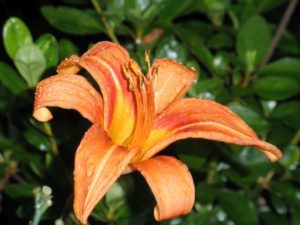 It’s been a busy month for me, between an intensive mindfulness practicum, teaching Mindful eating & Nourishment to grad students at Maryland University of Integrative Health,  and ongoing work on a training program through the Academy of Nutrition and Dietetics to educate nutritional professions across the US on Celiac disease & gluten-related disorders. I’m excited to have the honor to teach, and it will hopefully roll out in late 2016 or early 2017.

So this newsletter is short, but on a topic near and dear to my heart—Celiac disease and depression. At Digestive Disorders Week 2016 held at the end of May 2016, researchers presented new evidence that the majority teens with Celiac met criteria for major depressive disorder. Again, not just that some teens with Celiac have depression, but MOST. And major depressive disorder isn’t just your garden-variety of typical teen moodiness. Generally, it’s defined by symptoms that have a big impact on quality of life.

This certainly isn’t the first study that links mood issues with Celiac, but the first to show that they’re extremely common. That’s shocking, and should be a real call to action on screening for depression…especially for teens with Celiac.

Coincidentally, it’s also that time of year for the annual DC Gluten-Free expo, which is June 12th, 2016. There are tons of gluten-free vendors, food, and a range of activities, Best of all, the funds support the Children’s National Celiac Center in DC. It usually sells out, so if you’re thinking of going, you might want to hop over and look for tickets ASAP. One of the unique aspects of the Celiac Disease Center at Children’s is their emphasis on the psychological needs of children and teens with Celiac, and they do have trained professionals on staff to provide this support. My understanding is that they are the first program in the country to have a pediatric Celiac center with a specific focus on mental and emotional health, which is pretty awesome.

I have no involvement in the programs at Children’s, but I’m a huge fan of their mission, and I believe we’re lucky to have a Celiac center in the DC metro area.